David Luiz is used to winning, a quick glance at the honours he has lifted during his glittering career tells you that.

So he knows exactly what it takes to challenge for trophies and the Brazilian defender is well aware that if Arsenal don’t improve their goals against column, then they will not be in the mix when the silverware is handed out in 2020.

The Gunners have shipped 51 goals in each of the last two Premier League seasons and on Saturday they conceded three as they fell to their first defeat of the new campaign, going down 3-1 at Liverpool.

Arsenal had started the season looking relatively solid at the back, keeping a clean sheet at Newcastle and then dealing relatively comfortably with Burnley during a 2-1 win at the Emirates.

But at Anfield, familiar failings were on view for all to see – with Luiz the chief culprit. The former Chelsea star gave away a penalty early in the second half for pulling back Mohamed Salah and then was left in the Egyptian’s wake soon after as he raced clear to add his second of the game.

The 32-year-old held his hands up after the game for the part he played in the defeat and admitted that things have to improve if Arsenal want to compete for trophies this season.

“We have to [improve],” said Luiz. “I think if you concede a lot of goals you cannot fight for the title so this is one main thing we have to think about and try to reduce and try to make the team stronger. 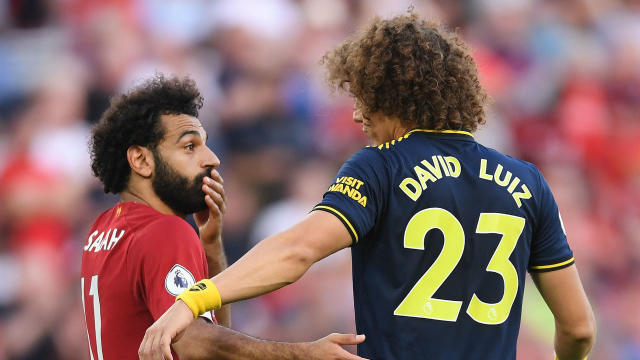 “We were clinical in Newcastle with one clear opportunity. We scored and don’t concede.

“With Burnley, we were clinical to understand the game. It was always to play first ball, second ball, fighting, they try to score with free kicks and things like that and we did amazing.

“[Liverpool] I think it could have been a different game if we scored [first] but we did not and this is football. Football is like that. Every week is a new history and we have to try and learn and improve our game.”

Luiz added: “I think I am just trying to bring here what I did in the last clubs I play for, trying to make everybody believe we can do some big things. 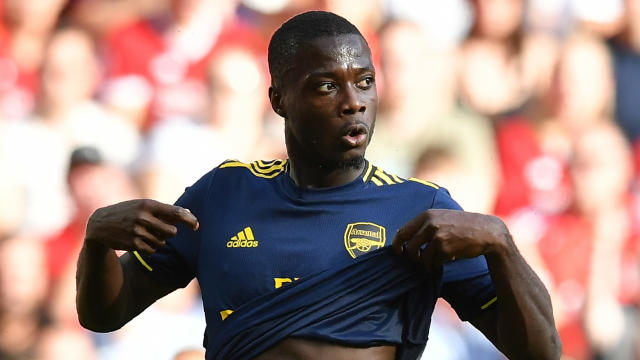 “This is the mentality for life. I think in life you have to be able to learn every single day.”

Despite the defeat at Liverpool on Saturday, there were some positive signs – with new signing Nicolas Pepe catching the eye.

The visitors did have their chances, especially in the first half and should have been in front before Liverpool broke the deadlock through Joel Matip’s header.

Jurgen Klopp’s side ran out deserving winners after the interval, but Luiz’s insists there were positive stories take from the display.

“Of course we are not happy when we lose a game,” he said.

“I think we have to be clever and mature enough to understand what we did wrong.

“We have to take the positives and work on the negative things but I think everybody knows it is just the beginning of the league.”

Serena 'ready' for Sharapova as US Open excitement begins