The body of Robert Mugabe, founder and former president of Zimbabwe, has arrived in the capital Harare but his final resting place remains a mystery amid a dispute between some family members and the government.

Mugabe, one of the last “Big Men” of African politics who ruled the southern African nation for 37 years until he was removed by his own army in November 2017, died in a Singapore hospital last Friday.

While a burial is expected to be held on Sunday, the site where Mugabe, 95, will be buried is still unknown.

The fight over his resting place threatens to embarrass his successor, President Emmerson Mnangagwa, and deepen divisions in the ruling ZANU-PF party.

Mnangagwa and his party want Mugabe buried at a national monument to heroes of the liberation war against the white minority Rhodesian regime.

But some of Mugabe’s relatives – who share his bitterness at the way former allies, including Mnangagwa, conspired to topple him – want him buried in his home village in Kutama, 85 kilometres from the capital.

“Within the Mugabe family, there is infighting, with some of them wanting him to be buried at the national monument in the capital,” she said. “Others want him buried back home in his village.”

Leo declined to say where Mugabe would be buried, saying only that his body would be taken to his palatial home in the city, known as Blue Roof.

Thousands of Mugabe’s supporters showed up at the airport, wearing shirts with his face. A convoy of vehicles with number plates bearing the letters “RG Mugabe” and the former leader’s signature was also on the runway.

“In African tradition, certain customs and rituals have to be performed, otherwise his soul won’t rest in peace,” said Mutasa.

“After that is done, on Thursday and Friday, Mugabe’s body will lie in state at Rufaro Stadium in Harare to allow the public to pay their respects.”

The 35,000-seater stadium is where Mugabe took his oath of office after Ian Smith, the prime minister under the colonial Rhodesian regime, handed over power.

Mugabe had hoisted the new Zimbabwe flag and lit the independence flame on April 18, 1980, bringing hope for a new era following a long armed rebellion.

The official funeral is scheduled to be held on Saturday at the 60,000-seater National Sports Stadium in Harare. “Several heads of state, mainly from Africa, are expected to attend,” said Mutasa.

After that, the body will be taken to Mugabe’s rural home, Leo Mugabe said.

On Tuesday, a government minister said the burial was planned for Sunday, a day after the state funeral. He added that the burial site would be known once the body arrived and after consultations with the family.

Mugabe left behind an economy wrecked by hyperinflation, deeply entrenched corruption, and a raging political rivalry between ZANU-PF and the opposition Movement for Democratic Change (MDC) party.

The MDC said in a statement on Wednesday that it had postponed its 20th anniversary rally because of Mugabe’s funeral. “Notwithstanding our legendary differences with Mr Mugabe, we have no reason to exhibit barbarity by hosting a national festivity during his funeral,” said the statement. 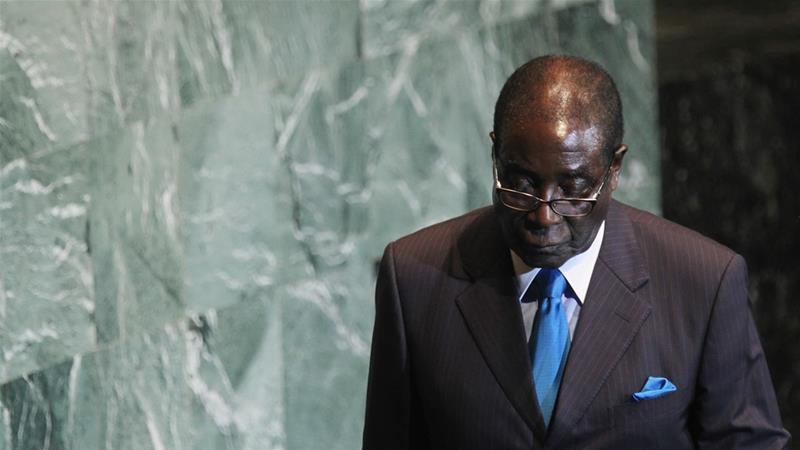 Expert sees coronavirus over by April in China, WHO still alarmed