Diego Maradona could have his own starting 11 of children after a 23-year-old Argentinian was named as the latest woman fighting to prove she is his daughter.

The 58-year-old has already recognised two sons and three daughters by four different women including his ex-wife Claudia Villafane and former long-term partner Veronica Ojeda as his own.

Giannina Maradona, one of the former footballer’s two daughters by Villafane, who was previously married to Manchester City striker Sergio Aguero, joked earlier this year after the names of three children said to be his in Cuba were made public: ‘Just three more needed for the team of 11. You can do it!!!’ 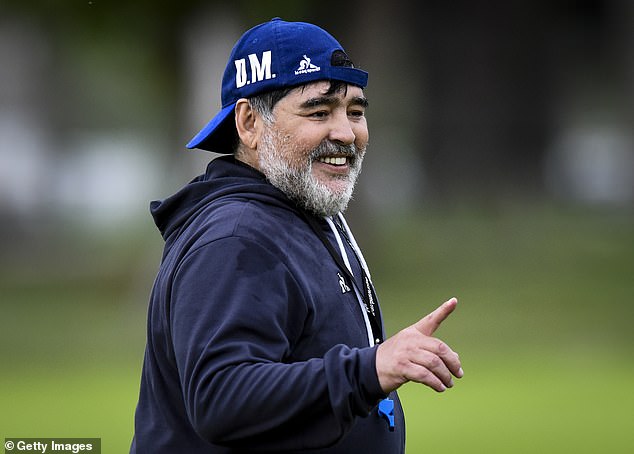 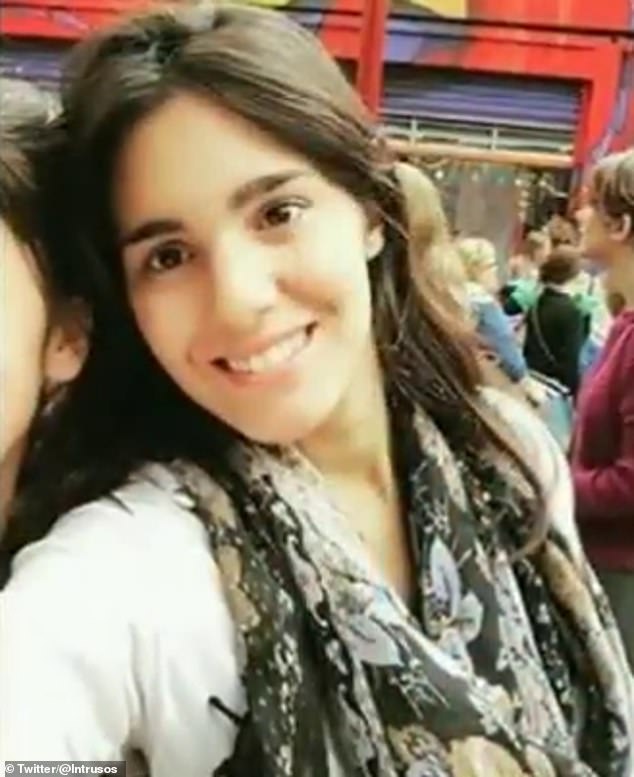 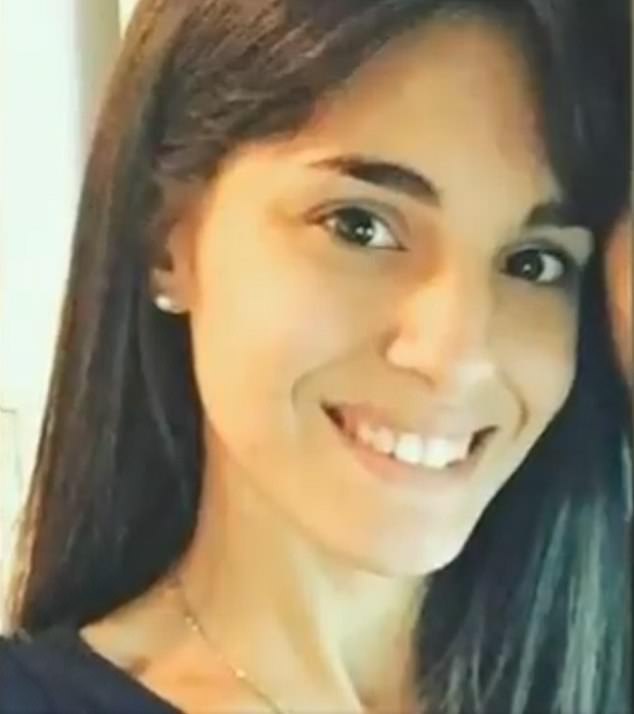 Popular Argentinian TV programme Intrusos said she had a young daughter which would make the former Napoli and Barcelona star a grandfather if he is confirmed as her dad.

She reportedly launched legal proceedings in April to try to prove her blood link.

Journalist Adrian Pallares told Intrusos: ‘Her mother didn’t raise her but her adoptive family, who gave her all their love.

‘The time came when she discovered she didn’t belong to that family and that her father could be Diego Armando Maradona.’

Last month Santiago Lara, who comes from the same Argentinian city of La Plata where Maradona now manages top-flight side Gimnasia y Esgrima, made a renewed TV appeal for the Argentine legend to recognise him as his son.

The teenager, whose waitress mum Natalia Garat died aged 23 from lung cancer in 2006 and was raised by her ex-boyfriend Marcelo Lara, spoke for the first time in 2016 of his fight to find out who his real dad is. 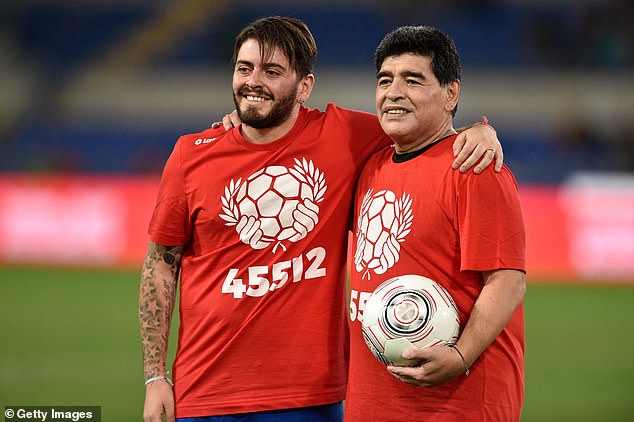 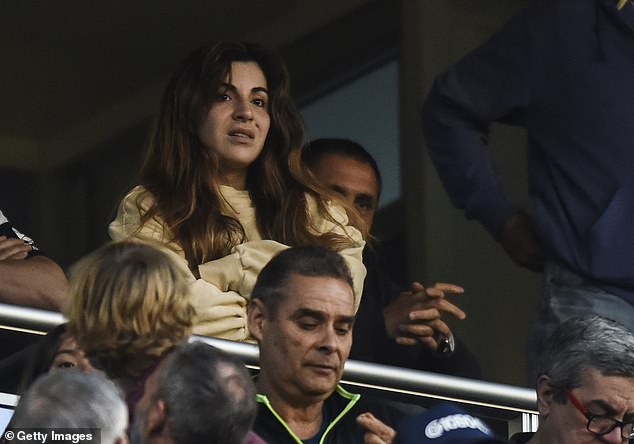 ‘I think I look like him, the face, the curls, everything. I look at Marcelo and I know we’re not alike. It’s not easy to wake up in the morning with that feeling.’

‘I found out after I went past a newspaper stand near my house aged 13 and saw a magazine front cover with Maradona’s face on it and mine pixellated underneath.

‘I was left in a state of shock because I didn’t know what I was doing in the magazine.

‘I went running home and asked Marcelo what was going on and he explained everything.

‘He told me my mum was well-known on the modelling circuit when she was younger and he told me he had the feeling I wasn’t his son.

‘He told me a DNA test was asked for but was never forthcoming.’

Maradona’s lawyer Matias Morla has already said the retired footballer will assume his responsibilities as Santiago’s father if the blood link is confirmed. 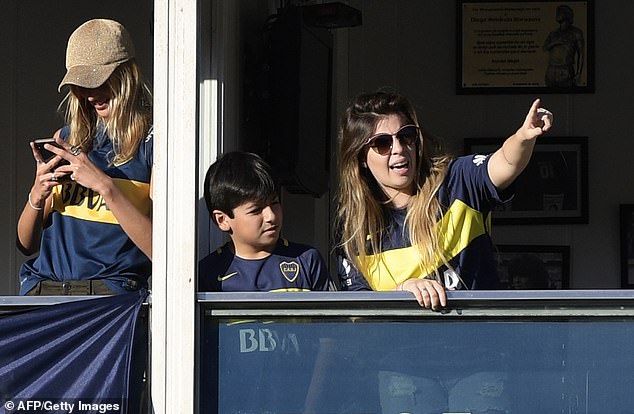 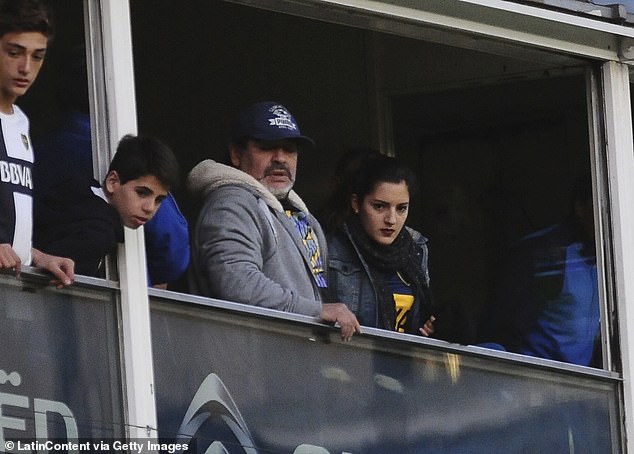 Morla has previously been quoted as saying ‘Everyone knows that in Argentina there’s Santiago and another person that people are talking about’, although other media in the South American country have speculated the 11th child that would make up Diego’s football team is a fourth Cuban.

The Cuban trio whose names have already been made public are Joana, Lu and Javielito, born after Maradona moved to the Caribbean island in February 2000 to fight drink and drug addictions.

Mr Morla, who admitted last October the ex-footballer had been ‘naughty’ in Cuba and confessed: ‘There’s going to be a lot of Maradonas, a lot, even if some people don’t like it’, has confirmed the trio met him during the funeral of Fidel Castro.

Over recent years Maradona has recognised his grown-up son Diego Junior, born from an extra-marital affair with Italian model Cristina Sinagra, and 22-year-old Jana who met her dad for the first time nearly six years ago following a court fight by her mum Valeria Sabalain. 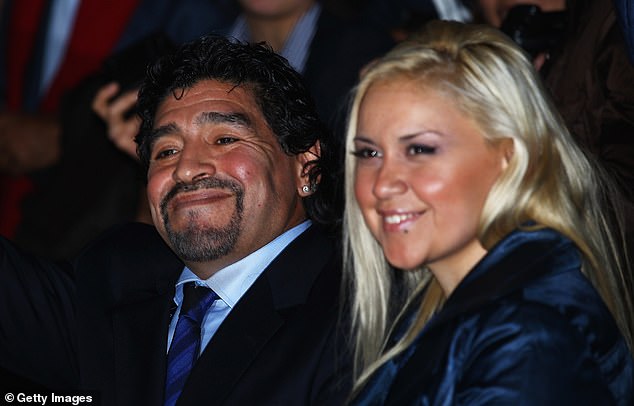 One said: ‘If you were born between 1980 and 2019 and you have extraordinary footballing skills, contact us. You could be a son of Diego Maradona.’

Another, showing hundreds of people queuing outside an unidentified building, has a message alongside it which says: ‘The day of the declaration of Maradona’s heirs.

Samsung Plans To Shut Down US CPU Research Division