Liverpool defender, Virgil Van Djik has won the Men’s Player of the Year for the 2018/2019 UEFA Champions League.

Van Dijk is the first defender to be awarded the best player of the year.

The Netherlands international beat both Cristiano Ronaldo and Lionel Messi to the award, having played a starring role in Liverpool’s Champions League win last season.

Reacting to the Award, Van Dijk said: “I need to thank all my teammates, without them I would not achieve what I have achieved.”

“I need to thank all my teammates, without them I would not achieve what I have achieved.”

What a season, what a player, what a guy! 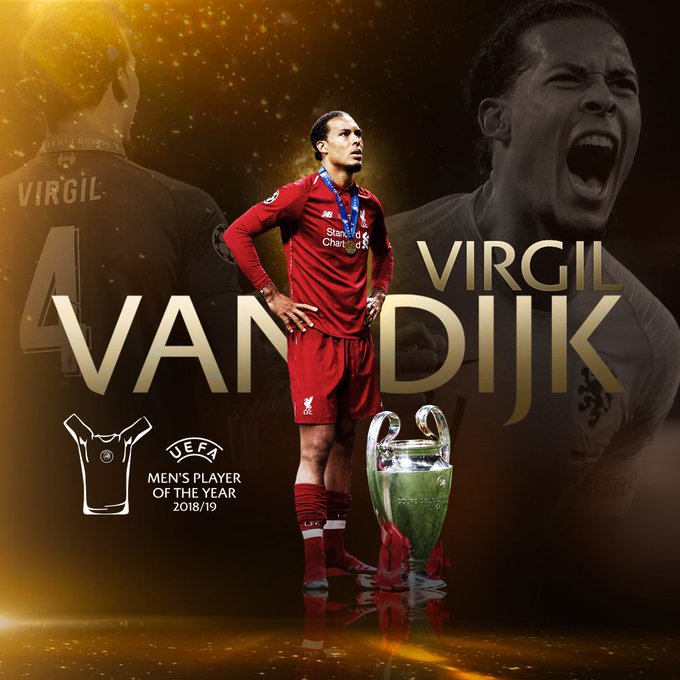 Roger Federer to miss French Open after having knee surgery