Days after Prince Harry released his Daily Mail lawsuit letter (allegedly against his royal aides’ wishes), a royal reporter by the name of Richard Palmer said the rest of the family is “embarrassed” by him and Meghan Markle.

In case you were sleeping on the latest royal drama, Prince Harry is suing the Daily Mail and Mail on Sunday’s publisher, Associated Newspapers, for publishing a private letter from the Sussexes in an attempt at making Meghan look bad. (He’s also suing a few other tabloids like The Sun and and the Daily Mirror for separate reasons.) It’s all an effort to protect Meghan from intense and oftentimes unfair scrutiny. But even though Harry was reportedly advised to wait until after his latest tour to release the letter, he did it anyway. So now, he’s allegedly in hot water with other members of the royal family and the royal household.

According to Daily Express royal correspondent Richard Palmer, “Nobody in the Royal Family or the Royal Household is supporting Harry and Meghan at the moment.” Palmer went even further and tweeted, “Even the couple’s aides seem embarrassed by their actions. William, who dropped his brother like a ton of hot bricks earlier this year, and Charles have distanced themselves.”

Palmer also called Harry’s letter “inflammatory” and said he and Meghan “appear out on a limb” at the moment.

It’s not clear why Harry chose to release the letter when he did, but there are theories that it all comes down to a new provision that will soon change where media cases are held in court. Allegedly, Harry wanted to file the suit before the location changed from a division that’s more sympathetic to high-profile privacy issues (Chancery Division) to a division that’s typically sympathetic to publishers (Queen’s Bench Division of the High Court).

Ultimately, the royals have declined to comment on the matter, and we’ll all just have to wait and see how this shakes out.

More on The Royal Drama

A royal correspondent has claimed that reporters are being kept at a distance from Meghan during official engagements so that they can’t overhear any remarks that might breach protocol.

‘Journalists are being kept further away from her than we were before the wedding. That means we can’t hear what she is saying,’ he explained.

‘You go up afterwards and ask what she said. Mr Bloggs said: “The Duchess expressed the hope that women would eventually get the same opportunities as men in this profession.” Boring.’

In reply to a commenter, he said he believes it’s part of a strategy by the palace of ‘settling her in’, so that she doesn’t have to worry about being overheard saying the wrong thing.

He added: ‘My hope is that when they come back from their summer break, Meghan will be given a bit of a freer rein to express herself (within earshot of the media) and get stuck into some of the serious topics she wants to tackle. She has the soft power to help many people in this world.’ 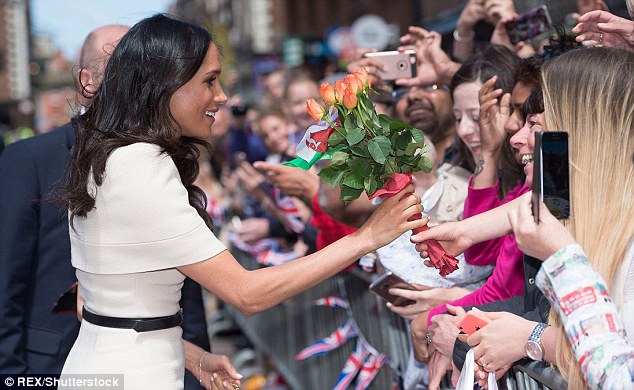 A royal correspondent has claimed that journalists are being kept at a distance from Meghan during official engagements as part of a strategy by the palace to allow her to settle in to her role. Pictured: Meghan on a walkabout in Chester in June 2018

Taking on official royal engagements has been a steep learning curve for the Duchess, despite her experience in the limelight as an actress.

She’s appeared visibly nervous during several events, including her first Trooping The Colour during which Harry was seen asking if she was alright on the balcony at Buckingham Palace and telling her to look up and watch the flypast.

During her inaugural foreign visit as a royal to Dublin, she found herself at the centre of debate over whether she expressed a political opinion.

Senator Catherine Noone, who met Meghan at a garden party, tweeted that the Duchess had apparently agreed with Ireland’s recent referendum result in favour of legalising abortion.

‘You made my life’: Adorable moment excited fan talks to Meghan 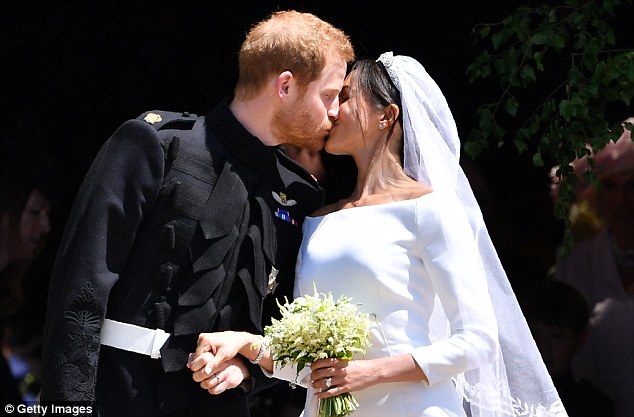 Richard Palmer claimed that since Harry and Meghan married at Windsor Castle in May, royal reporters are being kept at a distance from the Duchess during official engagements 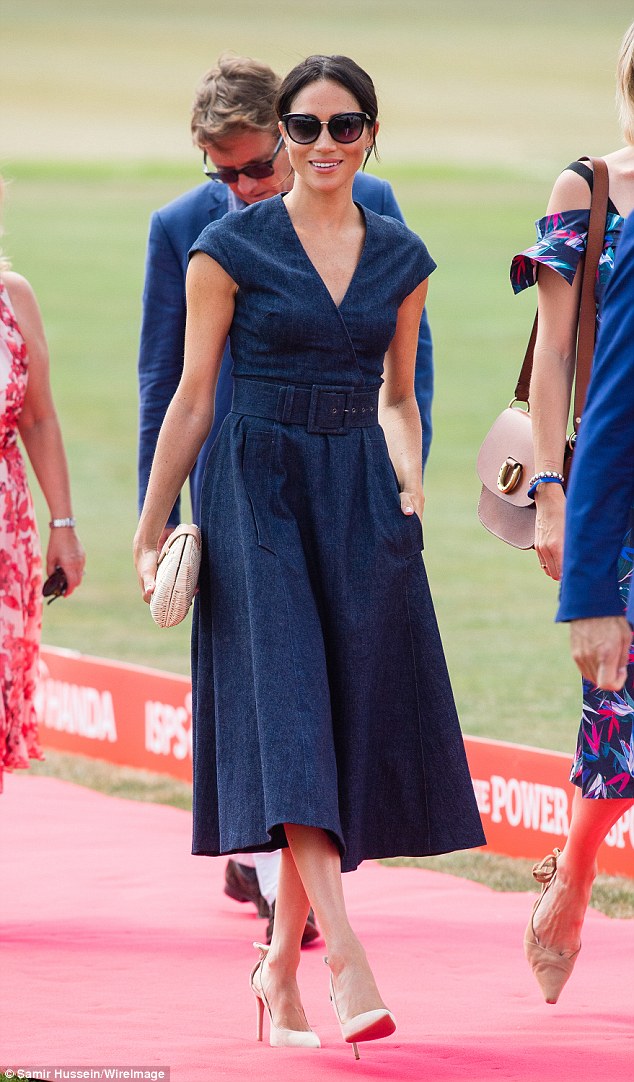 Meghan, pictured at the Sentebale Polo Cup in Berkshire last week, has come under fierce scrutiny since marrying Prince Harry and taking on official royal duties 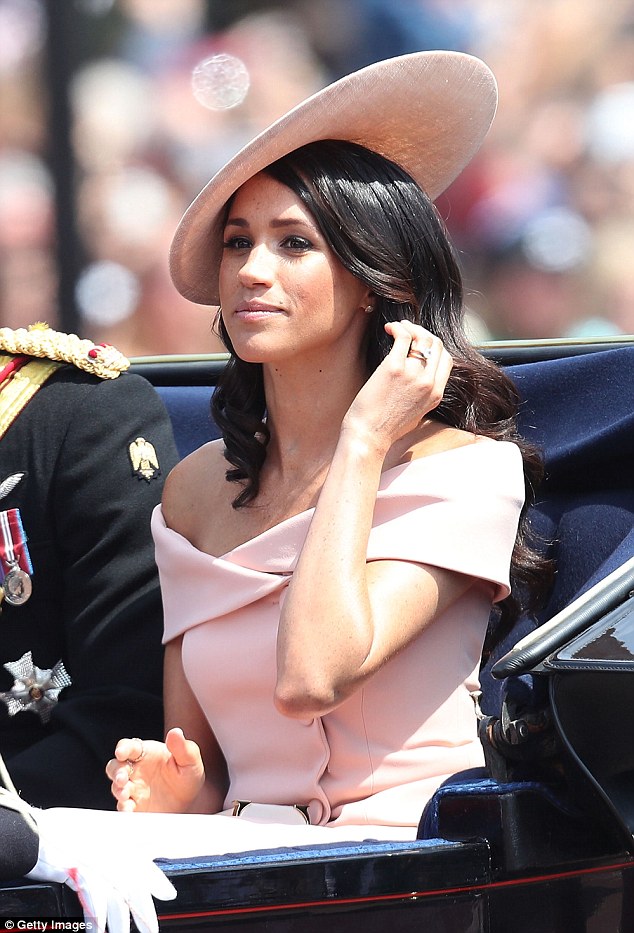 Despite her natural confidence, the Duchess has appeared nervous at some of her royal engagements including her debut Trooping The Colour on 9th June 2018

The politician subsequently deleted the message and claimed it had been a ‘benign chat’ during which she expressed ‘no political opinion’.

Her original tweet said: ‘The Duchess and I had a chat about the recent referendum result – she watched with interest and was pleased to see the result.’

She later wrote: ‘I clarified – it was a very benign chat, she expressed no political opinion. She was interested and charming. It was misleading so I deleted it.’

By convention, members of the Royal Family should refrain from commenting on politics or involving themselves political issues.

The Duchess has also found herself repeatedly embarrassed by her father and other relatives who won’t refrain from speaking to the media. 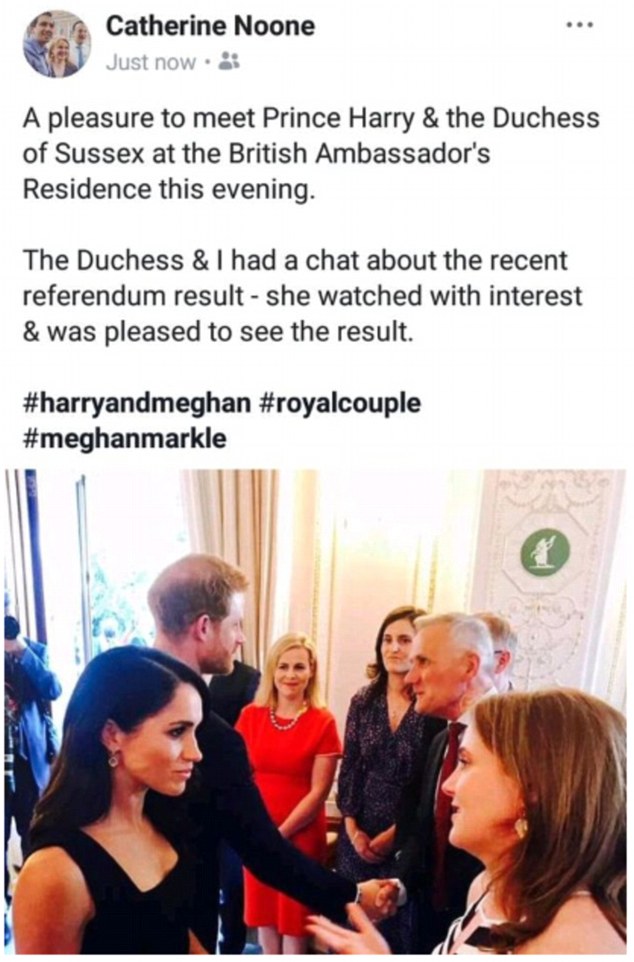 UK Election 2019: The vote that could destroy the United Kingdom

Apple To Launch IPhone 11 On September 10

Why The UAE Made Peace With Israel