Tottenham have appointed Jose Mourinho as their new manager on a contract until the end of the 2022-23 season following a whirlwind 48 hours at the London club.

Mourinho, who will earn double the wage of his predecessor Mauricio Pochettino at £17million a year, said: ‘I am excited to be joining a club with such a great heritage and such passionate supporters.

‘The quality in both the squad and the academy excites me. Working with these players is what has attracted me.’ 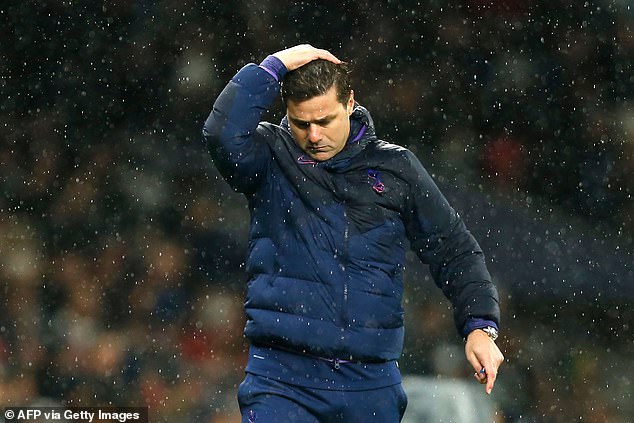 Pochettino was dramatically sacked as manager of Tottenham on Tuesday evening

On Monday night, Sportsmail duo Sami Mokbel and Adrian Kajumba exclusively revealed that the end was near for Mauricio Pochettino –.

Spurs visit West Ham on Saturday but there was already a backdrop of uncertainty over the Argentine’s future, with sources claiming private discussions over an exit strategy had taken place. These were confirmed on Tuesday evening when he was sacked.

Tottenham sit 14th in the Premier League – 20 points adrift of leaders Liverpool – although they remain on course to qualify for the knockout stages of the Champions League.

Chairman Daniel Levy, who negotiated Mourinho’s arrival through agent Pini Zahavi and not Jorge Mendes, added: ‘In Jose we have one of the most successful managers in football.

‘He has a wealth of experience, can inspire teams and is a great tactician. He has won honours at every club he has coached.

‘We believe he will bring energy and belief to the dressing room.’

It marks a dramatic shift in approach from Tottenham, with Mourinho’s record one that suggests he will not stay at a side as long as the five-year reign of his predecessor, Mauricio Pochettino.

Mourinho, 56, was infamously riled during his time at Manchester United by their hesitancy over transfers but at Tottenham, Pochettino was unable to make a permanent signing for almost 18 months while they built their new stadium.

Tottenham chairman Levy is notoriously frugal, while Mourinho’s impressive trophy record has often come at the price of expensive forays into the transfer market. The early indication, judging by how much Tottenham are paying Mourinho, is that they will back their new boss.

This is also the first time in Tottenham’s history that they have appointed a manager of Mourinho’s pedigree – he was won 25 trophies in his managerial career while Tottenham’s last piece of silverware was the 2008 League Cup.

The Portuguese is a three-time Premier League winner from his two spells at Chelsea and has won the Champions League twice, with Porto and Inter Milan, where he won the treble.

He won the domestic league twice at Porto and Inter, as well as steering Real Madrid to La Liga glory in 2012 with 100 points, nine clear of Pep Guardiola’s Barcelona. And while his time at United ended in disarray, he won the Europa League and League Cup in the 2016-17 season. 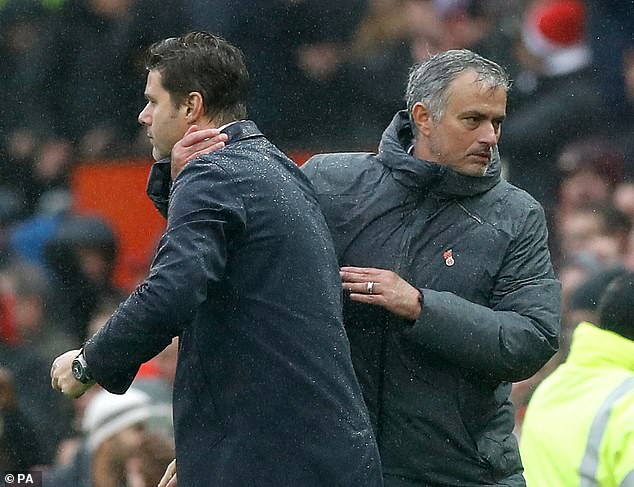 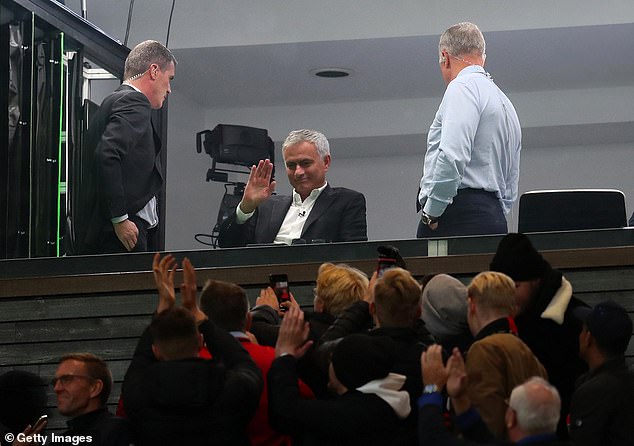 Pochettino was sacked by Tottenham after five years on Tuesday night following an underwhelming start to the Premier League season.

Sportsmail first reported on Monday that Pochettino was on the brink of losing his job in what has been a wild two days at the London club.

Spurs are 14th in the Premier League table with 14 points and face London rivals West Ham at the weekend in Saturday’s early kick-off at the London stadium. Mourinho will also face former clubs United and Chelsea in the coming weeks as he looks to steer last year’s Champions League runners up into the top four. They currently trail fourth-place Manchester City by 11 points.

It is an intriguing task for Mourinho, who has been working as a pundit at Sky Sports during his time out from being a manager. He returns to the Premier League with a point to prove after the wheels came off during his tenure at United.

When he was sacked in December 2018 after a 3-1 defeat by Liverpool at Anfield, Pochettino was the red-hot favourite to replace him at OId Trafford. 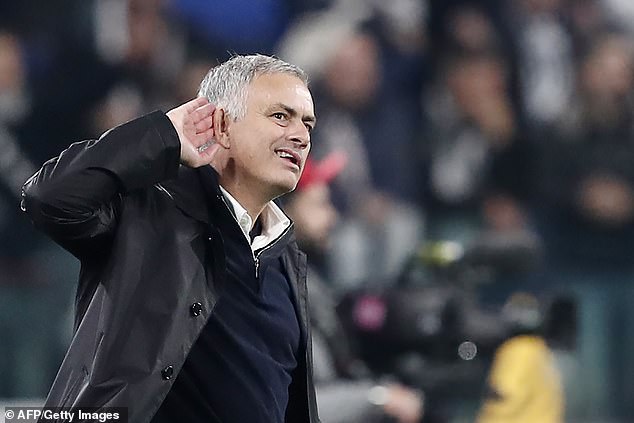 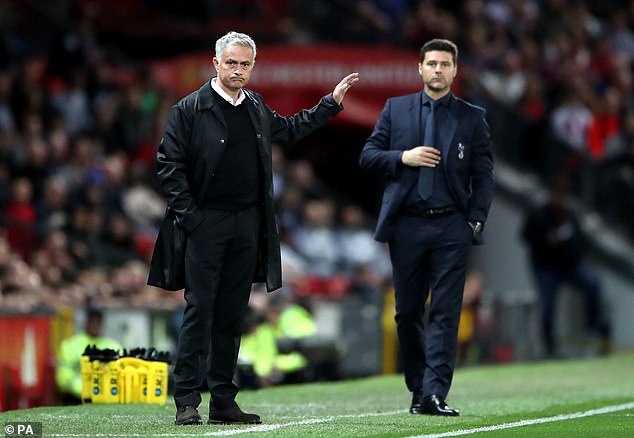 Yet the start of the 2019-20 campaign has seen an alarming slide at Tottenham after reaching the Champions League final last season.

Upon announcing Pochettino’s departure, Spurs chairman Levy said: ‘We were extremely reluctant to make this change and it is not a decision the Board has taken lightly, nor in haste.

‘Regrettably domestic results at the end of last season and beginning of this season have been extremely disappointing.

‘It falls to the board to make the difficult decisions – this one made more so given the many memorable moments we have had with Mauricio and his coaching staff – but we do so in the club’s best interests.

‘Mauricio and his coaching staff will always be part of our history.’

UK’s Johnson, Corbyn to square off in 1st debate of election campaign

Africa Cup of Nations: Who could my club be without in 2021?